When Bill joined Honk, Rattle and Roll he didn’t yet own a classic car and was ready to find his ride.  Leaning towards an early Ford Mustang, he especially like the look of the 1968 rear.  Working with an independent restorer in east Tennessee, Bill found a ’68 that he took home.  Unfortunately he found that the car wasn’t in the condition he expected and had a few problems, so he returned it to the restorer from whom he purchased it.  That restorer also had a bright red 1964.5 Mustang ready to go, so Bill swapped his ’68 for that ’64.  This Mustang had a 302 cubic inch engine in it instead of the 289 that came from the factory, and Bill suspects that the may have been a racer before being restored.  After bringing it home, Andy Timbs helped Bill fine tune the car and get it running in tip-top shape.  With the bright red exterior and original interior, this car turns the heads of Mustang lovers whenever Bill takes his club cruiser out on a drive. 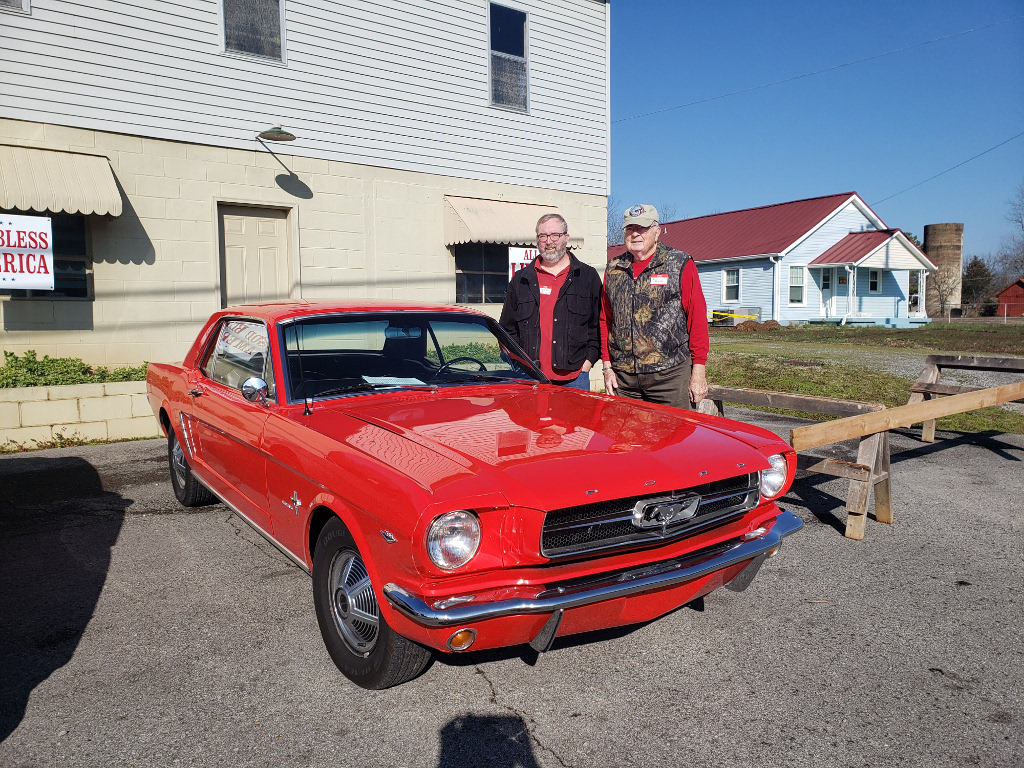