In 1979 Jesse found this 1936 Plymouth in an Illinois barn.  After inspecting the body and frame he found no rust at all, so after paying $90 to the former owner it was his.  Jesse completely dismantled the car and began a frame-off restoration of his new Plymouth.  This restoration process took several years as he was raising his young family at the time.  Many friends and family pitched-in at various stages of the restoration, including HRR club president Tom Collins who set-up a make-shift paint booth in his garage for Jesse’s Plymouth.  While the car itself looks like a show car, Jesse did not build the car to sit in a garage and instead drives it as much as he can. 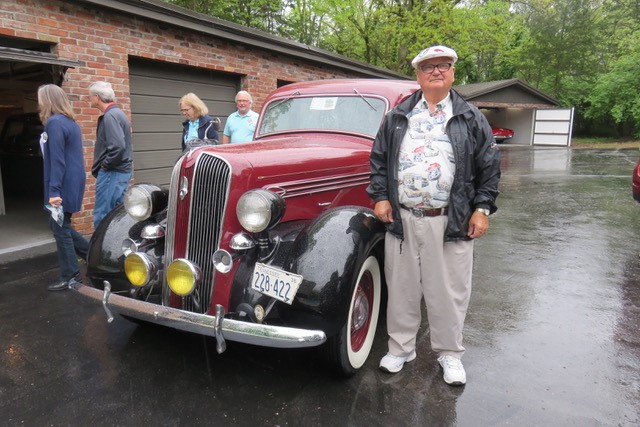