In 2008 Paul Collins was searching for a replacement for his Land Rover Discovery.  The criteria for this replacement included a vehicle that was comfortable on the street, sure footed when off-road and improved reliability over the land Rover.   In 2008 his search ended when he found this 2007 Toyota FJ Cruiser at Toyota of Cool Springs.  Not only were his criteria met with the FJ but he found that spec for spec the Toyota was equal to or better than the Discovery.  Since purchasing Paul has kept the FJ mostly in stock for with the exception of replacing the fabric upholstery with leather.  The FJ is very comfortable on the street since it sits a bit higher than most other vehicles although the thick A pillars do take some time to become accustomed to.  In addition to the occasional off-road jaunt Paul tows some of his toys behind the FJ such as jet-skis and 4 wheelers.  The Toyota has required nothing more than normal maintenance and a transmission rebuild in the decade that Paul has been enjoying this great ride! 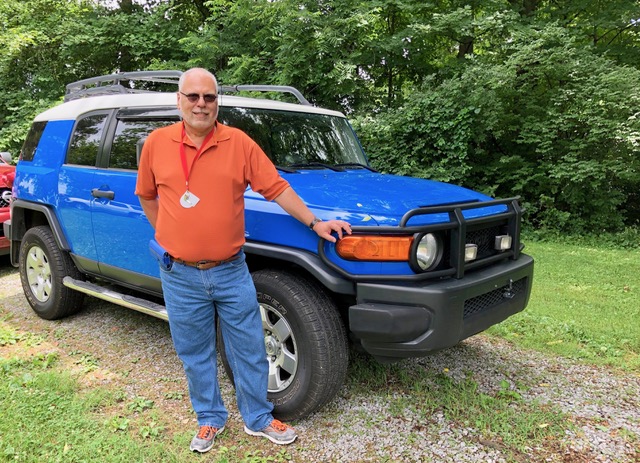